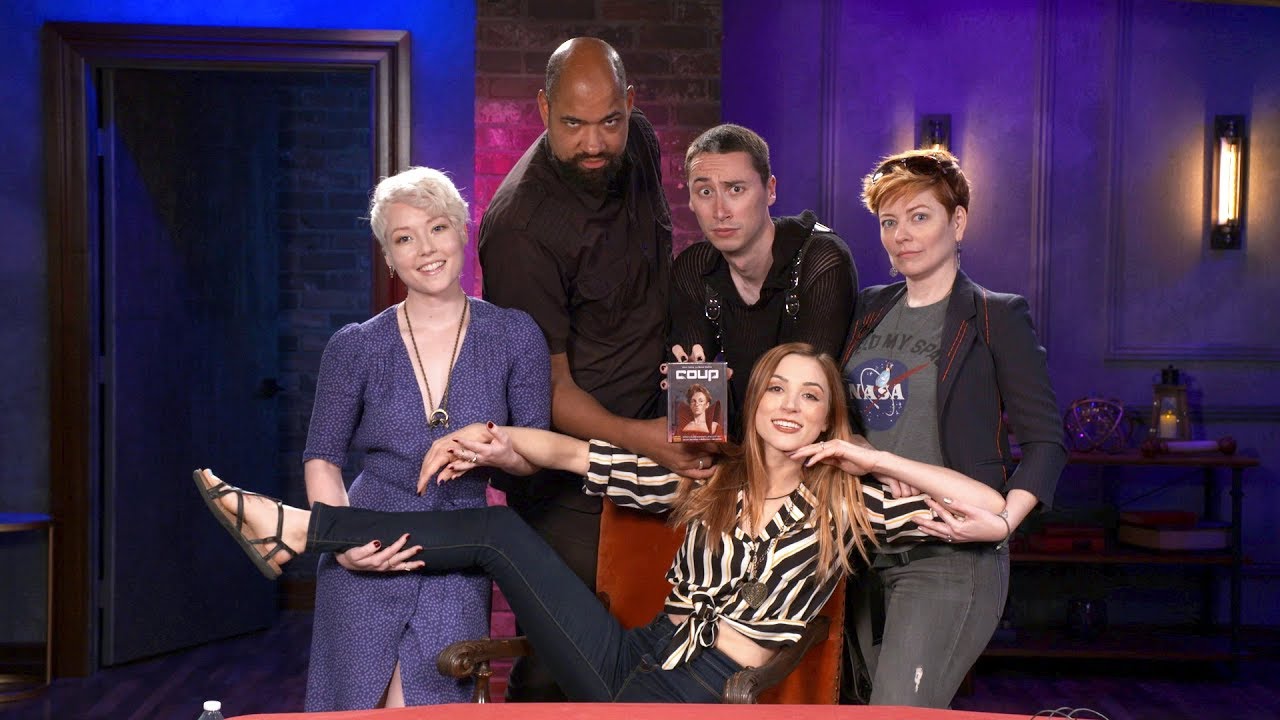 We’re indulging in a little palace intrigue on this episode of Game the Game. Becca is joined by Josephine McAdam, B. Dave Walters, Alexander Ward and Ash Minnick to play Coup from Indie Boards & Cards. In the future, the government is run by corrupt monarchical CEO’s, and it’s up to our players to topple the regime and gain power. Each player must plot and scheme to oust the ruling class, and also eliminate their fellow would-be usurpers. Only one player can ascend to power. Will you survive the Coup?

This game is made in partnership with Indie Boards & Cards. Learn more here:

Tabletop games are super fun, but learning the complicated directions and rules can be a challenge. Becca Scott is your game tutor, explaining the game mechanics in an easy to follow way, so you can get to playing the games faster.